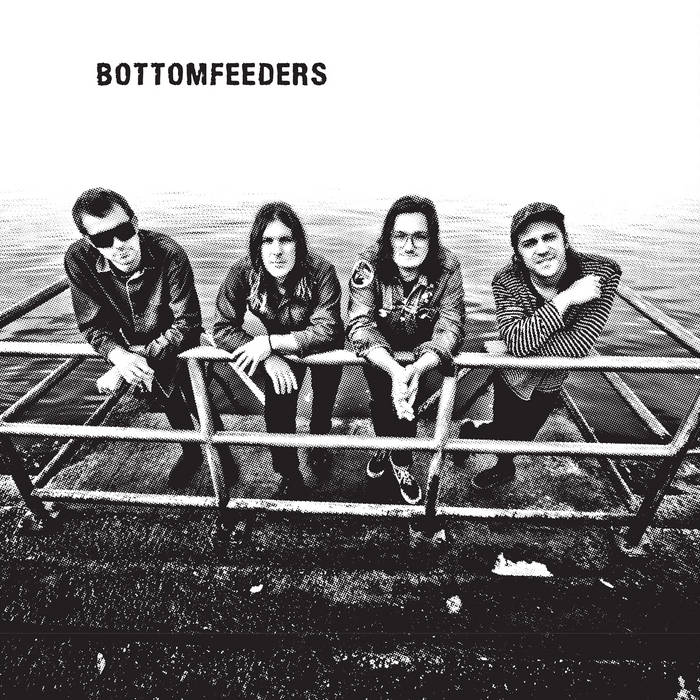 Bottomfeeders, the band from Louisiana, makes one stop in France to release their first 7 "," Blockade ", via Six Tonnes De Chair Records, distributing the minutes between hordes of rock that suck from garage, punk and psychedelia, do the honors the song that gives name to the album with a master class covering the 50's and 70's, without forgetting the rattle snake of the 60's, a framework that slides through the guitar strings of Chris Lyons and Luke Junk, Alex Zilinski's bass and Lucas Bogner's drumsticks, showing Chris's vocals an endemic addictive evil, whose toxicity increases thanks to that reverberation that hits the neurons making it impossible to hear beyond his voice, weakening its effect when positioning Oh Sees in the instrumentation , although his reason is imposed to the Californian's delirium before turning off and on again the lights to welcome 'Myth', a fuzz and lyric scourge, which carries the extrasensory of the title to his own nation, umpteenth agitation against what it is happening there right now, maintained with a rhythm that invites to be danced from one place to another, and with enough energy to leave the movements aside and join the vocal slogans.
'Reverse Perverse' intrudes into the anti-system underworld to create a global panic, which the quartet has under control through a sound made in Pennsylvania that gives the theme its own identity, walking between the chosen degeneration and the possible repentance of it , but this last one, in another life in which little seems to matter details like this one, so it touches nothing more than to lose the head in the here and now.
retratandovoces.blogspot.com