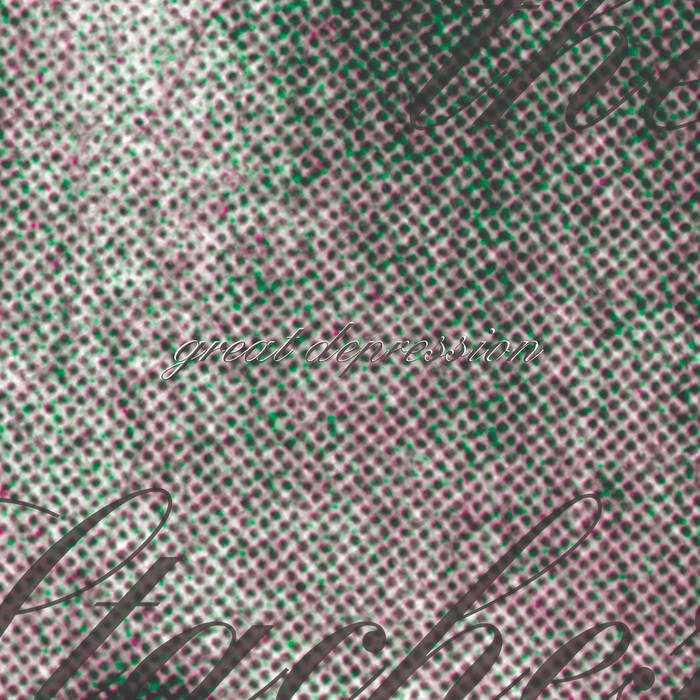 Alexandre Fecteau Post-Punk and haunting, at first made me think about Essential Logic but its way more actual and dissonant. Favorite track: The Great Depression.

The Great Depression, the latest release from Geneva art punks the Staches, fits a lot of action into an economical two tracks. The band has flirted with raucous garage rock primitivism on their past releases, but here they pare down their sound and go all in for minimal post-punk that nods to krautrock via mechanical riffs and the addition of ambient synths. It’s a good fit for a band who have grown to be formidable songwriters with musicianship to back up their genre-melding ideas. The title track is built on a stomping garage beat with a buzzy guitar line that’s almost prog-like in its construction. B-side “You Are Still a Stranger” is a deconstructed pop song with stream of consciousness lyrics that collapses into a cloudy, off-kilter chorus led by an echoing synth line and layered vocals.
Mariana Timony - Bandcamp Daily
----------
The Staches are four kids from Geneva, Switzerland, who have been making music together since they were even younger and dumber than they are now (since 2009 to be precise). Since they started pretending to be adults, they’ve been recording a lot and touring Europe as well as the USA. Resembling a hermaphroditic, four-hemisphered brain, The Staches compose together using their solid punk, post-punk and garage influences; they’re not afraid to pour in some prog rock or psych either. Their lyrics are belted out in english, the riffs are bold and the beat incisive. A primitive impulse makes itself felt through their music, demanding to be heard.
For some obvious reasons, The Staches are now based in Leipzig, Germany. Their upcoming LP
« This Lake is Pointless » will be released in January 2019 on Les Disques Bongo Joe (CH), self- recorded at home in their beloved « Proberaum », late at night, when even the toughest metalheads next door are asleep.
Discography
Their first LP « MACHINE » (Burning Sound Records, CH) was released in May 2014 and their first single « There’s Something in Between » (La Suisse Primitive Records, CH) came out in October 2014. A second single « Como Se Dice » (Frantic City (F) / Azbin Records (B)) went out
in February 2015 and the maxi 45 « EP III » (Six Tonnes de Chair (F)) in September 2015. The Single “Total Commitment” was released this September 2016 on Six Tonnes de Chair (F) and their album “Placid Faces” has been released on November 4th 2016 on Les Disques Bongo Joe (CH), recorded in San Francisco by Kelley Stoltz. It has been released in the USA via Dumpster Records in December (tape format).