by JEFF The Brotherhood 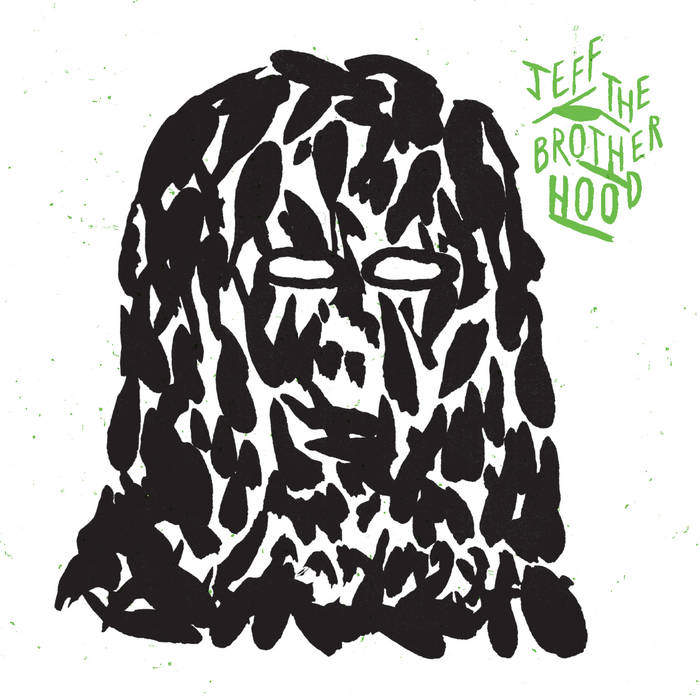 300 copies with hand screen printed covers
200 black / 100 clear
-----------
JEFF The Brotherhood is an art project started by brothers Jake and Jamin Orrall in 2002 in a basement in Nashville, TN. Their work is influenced by many types of music including jazz, black metal, motorick rhythm and hard rock, as well as many artists and environments including the film work of Werner Herzog, the choreography of Kate Bush, and the rivers of Tennessee.
Over the last decade their art has taken them all over the world including Hawaii, New Zealand and Russia. They have given well over a thousand live performances and created countless art objects including zines, puppets, videos, and eleven full length albums.
JEFF The Brotherhood was started with one goal in mind, to do or create whatever they feel with no rules or boundaries. Their latest offering is an experimental rock album called "ZONE". It was recorded and co-produced by Collin Dupuis in a converted warehouse called Club Roar. Alicia Bognanno (Bully) makes a guest appearance on the album, she is the lead vocalist on the song "Roachin". The album took about two weeks, 4 racks of ribs, a few dozen chicken wings, 3 pork chops, some sausage, a brisket, and a whole lot of smoke wood to make. It is the third installment in a spiritual trilogy of albums including Heavy Days (2009) and We Are The Champions" (2011). It is available worldwide August 12 from Dine Alone records.

When not making art, Jake and Jamin spend most of their time backpacking, gardening, and riding bicycles in Nashville, TN.