by The Uplifting Bell Ends 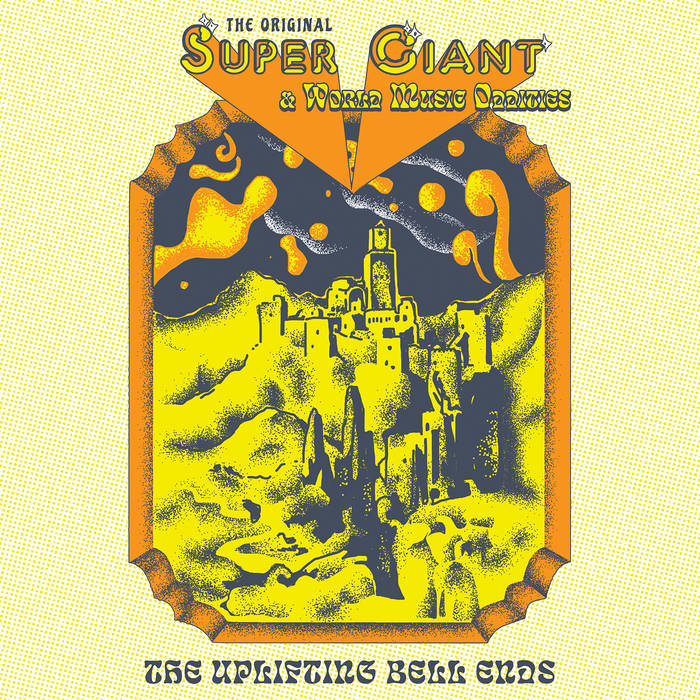 mikethefool Definitely one of my best record this year 2020. A great mix of psych rock pop folk music with insidious catchy tunes!
I expect a forthcoming vinyl repress... please

jerzy osmolski Takes me back to my psychedelic youth, shame I can't remember much of it. Great LP though.

Gareth Fitzpatrick Hugely inventive and playful neo psych from Australia, endless unexpected twists and turns. Tune in and turn on!

thegreatnorthernradioshow When does the vinyl start shipping?

kal sit i've loved this album for years, its great to finally see it on vinyl Favorite track: Earth On The Verge Of Destruction.

It was first hearing the incredible 2015 album ‘Super Giant’ that we were hooked on The Uplifting Bell Ends. It took us on a sonic journey through space, nostalgia, dystopian futures, people, love and beyond. The production and colour of the album was loaded with intrigue and without comparison – “in what era was this album exactly from?” The songs were charming and its instrumental hooks captivated, while obscure titles like ‘The Mysterious Spacemen’s Demonic Castle’, ‘Earth on the Verge of Destruction’ and ‘The Poison Moth Kingdom’ drew us further into the ‘Super Giant’ world. The album has stuck out as an enigmatic favourite among Bell Ends fans ever since.

‘World Music’ was released not too long before ‘Super Giant’ in 2015, and despite its inherent genius, remained for the most part untapped in the internet ether – another unmined Bell Ends gem. A little mellower in approach, but equally as tasteful and catchy, the album was recorded mostly in bedrooms and living rooms by James French (frontman) and the band. The songs from this album seem to be more personal and emotive as explained by James, “I was hopelessly in love with a foreign beauty. We were so deeply in love and when she later broke my heart our music took quite a different form.” With some space left on the 12 inch after Super Giant, we knew listeners would appreciate the inclusion of a few tracks from where it all began.

Even the front cover of the record transports us to another dimension, thanks to the artful hand of Luke Player. Right now, you can preorder ‘Super Giant & World Music Oddities’ on limited edition ‘Yellow Realm’ vinyl and black vinyl via our store, with orders shipping out around September 21st. Until then, you can stream/buy the remastered album in digital form and listen endlessly (and send a prayer to the gig gods for a live Bell Ends show in your town soon).
Third Eye Stimuli.

All songs written, recorded and produced by The Uplifting Bell Ends, in 2015

Tracks 10-14 were originally released as part of The Uplifting Bell Ends’ ‘World Music’ album, on June 3, 2015.
The songs were recorded from March-April in Frenchy and Lucas’ bedrooms.